New Holland Construction wanted to introduce its new 200 Series skid steer and compact track loaders and restate its industry leadership in skid steers, while also creating awareness of and preference for the new machines among prospective customers in the agricultural market in North America through positive, credible publicity in the key trade publications. The client also wanted to preempt competitive product launches that would be announced during widely observed industry conventions in early 2011. Agricultural customers in particular have depended on New Holland skid steers for nearly 40 years to tackle everything from cleaning barns and plowing to posthole digging and material handling on dairies, farms, feedlots, orchards and ranches. The new machines extend the company’s category leadership that began in 1972 with the introduction of the industry’s first skid steer loader with ROPS and a vertical lift boom system.

As public relations counsel to New Holland Construction, CHI arranged and managed a media conference and catered breakfast in Louisville, Ky., in conjunction with the National Farm Machinery Show, the premier agricultural exposition in the nation and the largest indoor agricultural trade show in the country. The agency’s responsibilities included:

The media conference included presentations and a product walk-around.

The event was attended by representatives from the top agricultural media outlets attending the show. Within a few weeks of the event, stories, images and video hit broadcast, print and online media outlets. Resulting publicity continued months after the show, and the client attributed an uptick in unit sales to the visibility gained during the launch. 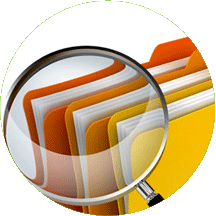 When Jetstream signed up to exhibit in the IFAT trade show in Munich, Germany, they turned to CHI for …